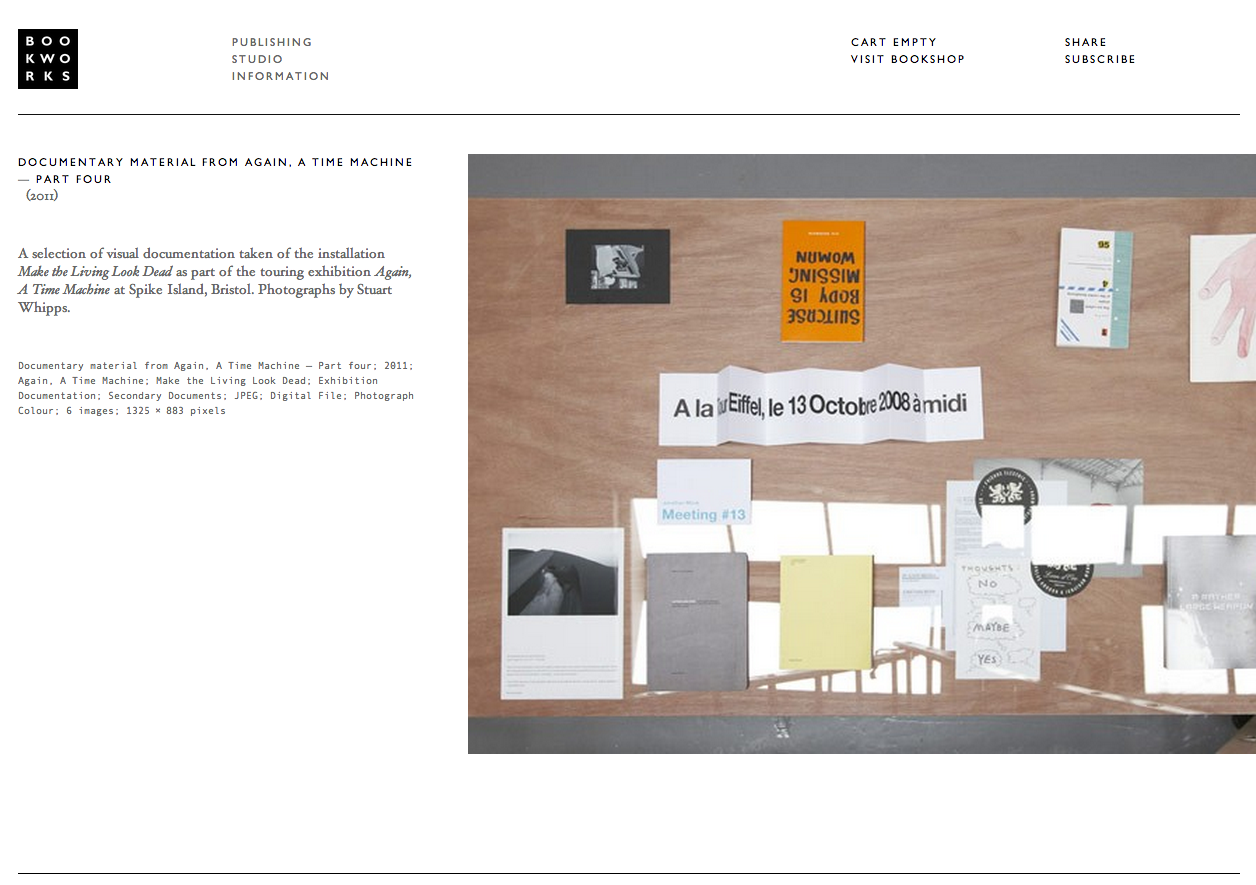 Again, A Time Machine reappears at Edinburgh Printmakers, with the presentation of Make the Living Look Dead, The Wanderer (The Storage) by Laure Prouvost and A Poster Project by Jonathan Monk.

This archival installation is accompanied by screenings of Laure Prouvostâ€™s film The Wanderer (The Storage), first commissioned and shown at Spike Island; A Poster Project, a series of ten appropriated and reprinted posters by Jonathan Monk, commissioned by Book Works and participating venues on the touring show; and shown alongside artistsâ€™ books, posters and limited edition prints published by Book Works, and a showreel of images, film, video and sound recordings compiled by Karen Di Franco and James Brook.