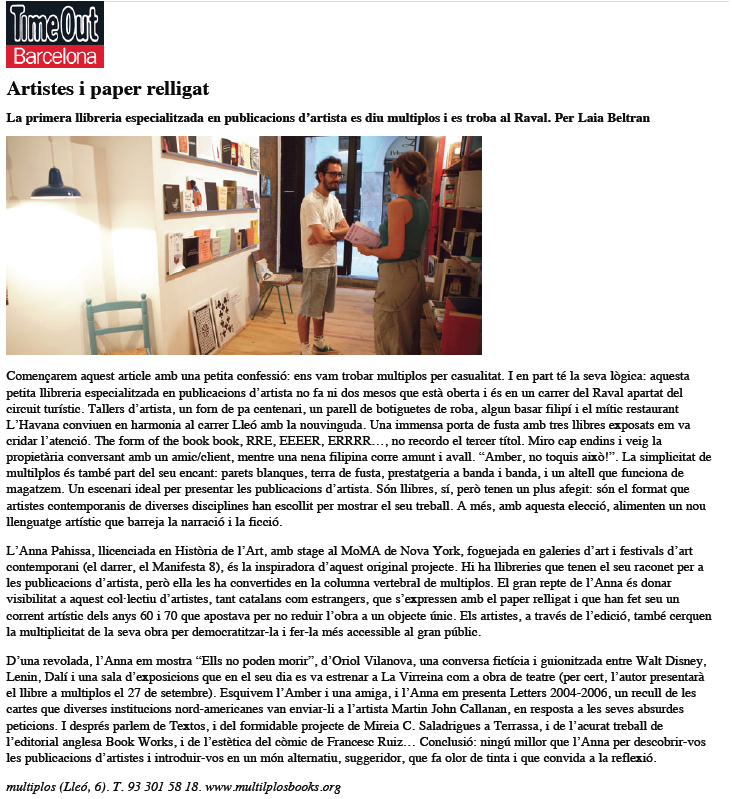 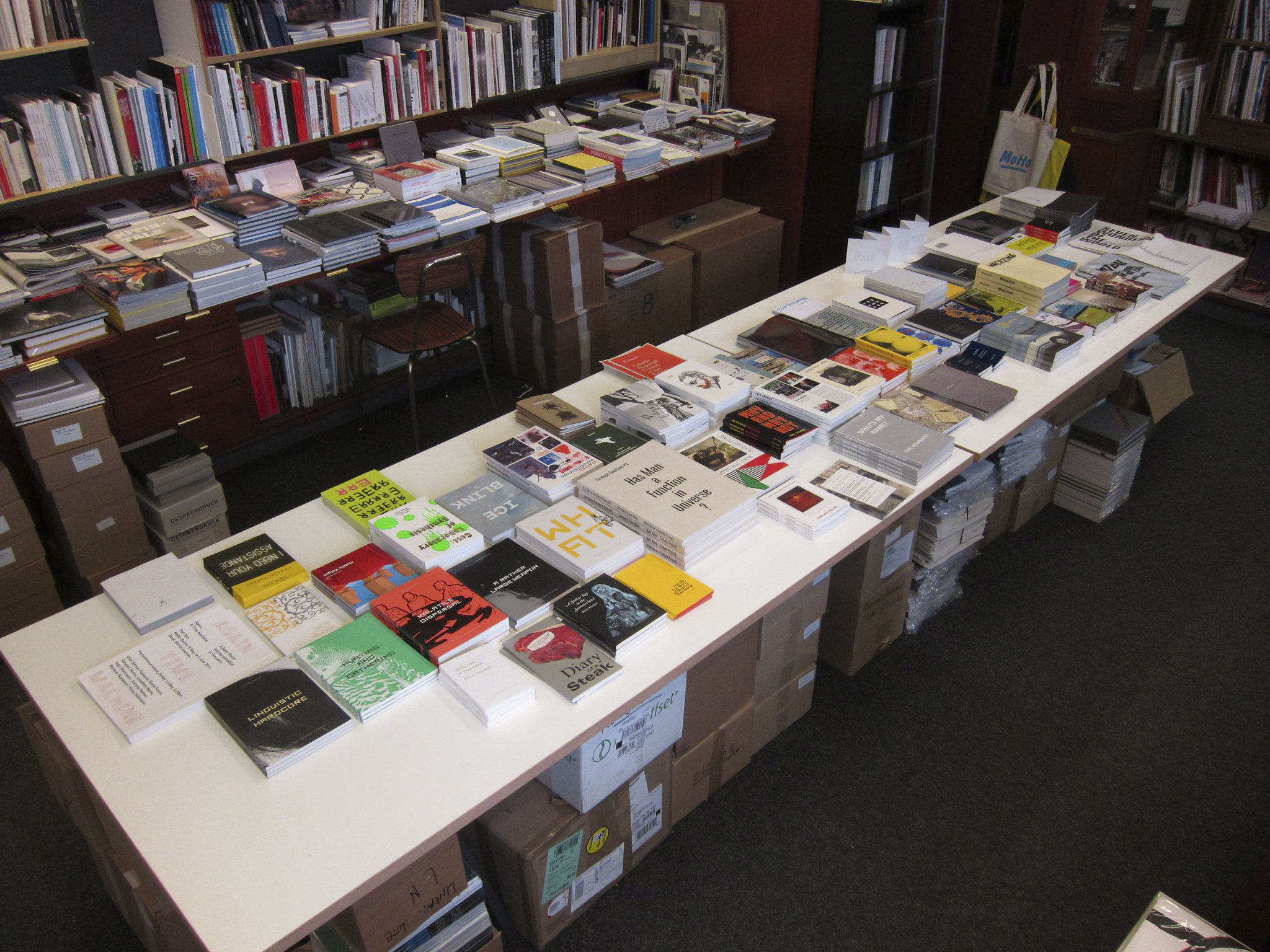 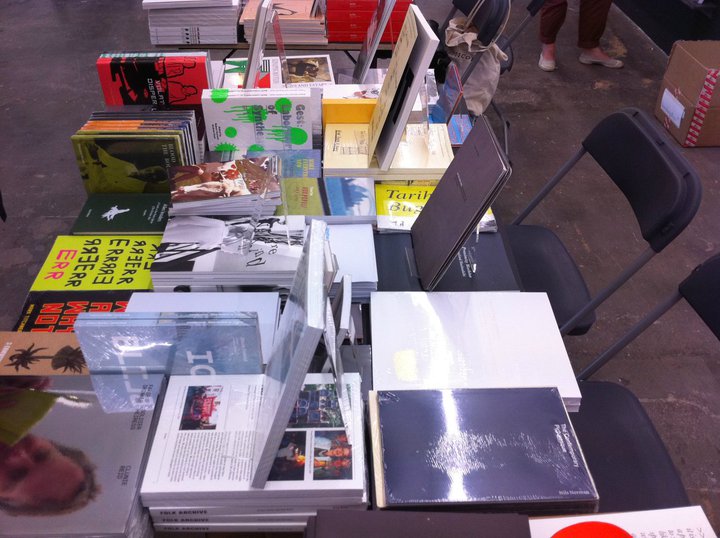 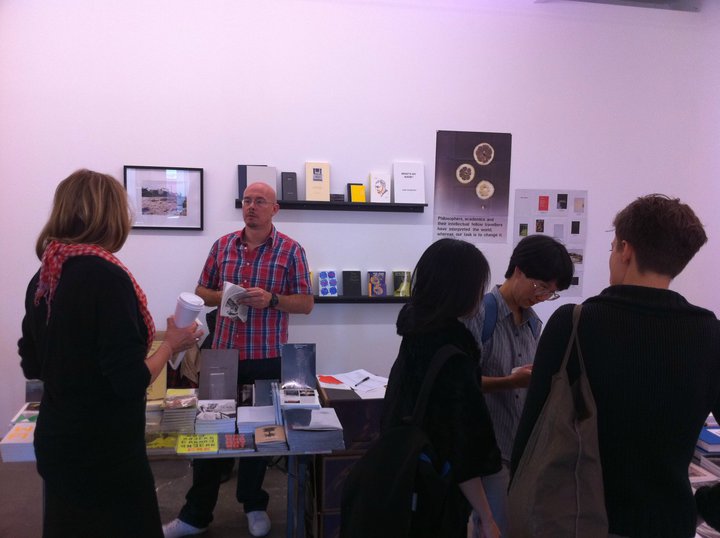 Letters 2004-2006: Confirmation That You Still Exist; I Respect Your Authority; When Will It End; One London by Martin John Callanan (London, Book Works, 2007, Â£7.50 paper) is an exploration of apparatuses of power. Callanan is a mass letter writer. Each letter poses a deceptively simple question or even inane rhetorical statement and the collected responses reveal the absurdity of bureaucracy and the egos of those that claim power.

Collected here are responses to a series of letters mailed between 2005-06, ranging from the bemused response of the Secretary to the Archbishop of Canterbury to the question â€œWhen will it end?â€ to appreciative letters from the offices of President Mubarak of Egypt in response to the declaration â€œI respect your authority.â€ I am reminded of Jeffrey Vallanceâ€™s letters to heads of state asking them for a tie (a menâ€™s tie, of course) and the various responses. Epistolary art in the form of mail is an age-old techniqueâ€“and this one involves politics as well. (Book Worksâ€™ Chap Book Series,no 8) The design of the â€œportfolioâ€ containing the letters, as well as a list of all those contacted for each subject is beautifully conceived.

Ben Worthy at UCL’s Constitution Unit just sent me the transcript of a speech about the UK Freedom of information Act Lord Chancellor Charles Falconer gave at the British Academy in February 2006, which makes reference to my Letters:

We have seen a vast number of requests to find out information about issues which really do add value to people’s lives, or to the sum of human knowledge, or to research. And making a positive contribution to the quality, accuracy and completeness of public debate. This is exactly why we brought in this legislation.

However, it is also true, inevitably, that this culture is being undermined by requests under the Act which arguably do not impact so positively – like what a central government department spends on toilet paper or make-up, or whether written proof can be provided under the Act of a Minister’s existence.

Responsible users of the Act and supporters of the legislation would surely agree that these sorts of requests are frivolous, and sometimes even vexatious, and that spending time answering them is not how public resources ought to be used.

The Information Commissioner has made his position abundantly clear. He has said that claims that are ‘manifestly unreasonable’ should be resisted under section 14 of the Act – claims which would serve no public good or impose substantial burdens on the financial and human resources of public authorities.

My department will be issuing guidance complementing that from the Information Commissioner, to help public authorities handle these types of requests.

I don’t believe this is a concern in terms of requests from the academic community – but it is a serious issue for the operation of Freedom of Information as a whole.

On 1 January 2008, letters were posted to companies who’s products were present at my London residence. The letters, addressed to the chief executive, stated, “Your products are of use“. Replies, and full list of companies, recorded here. 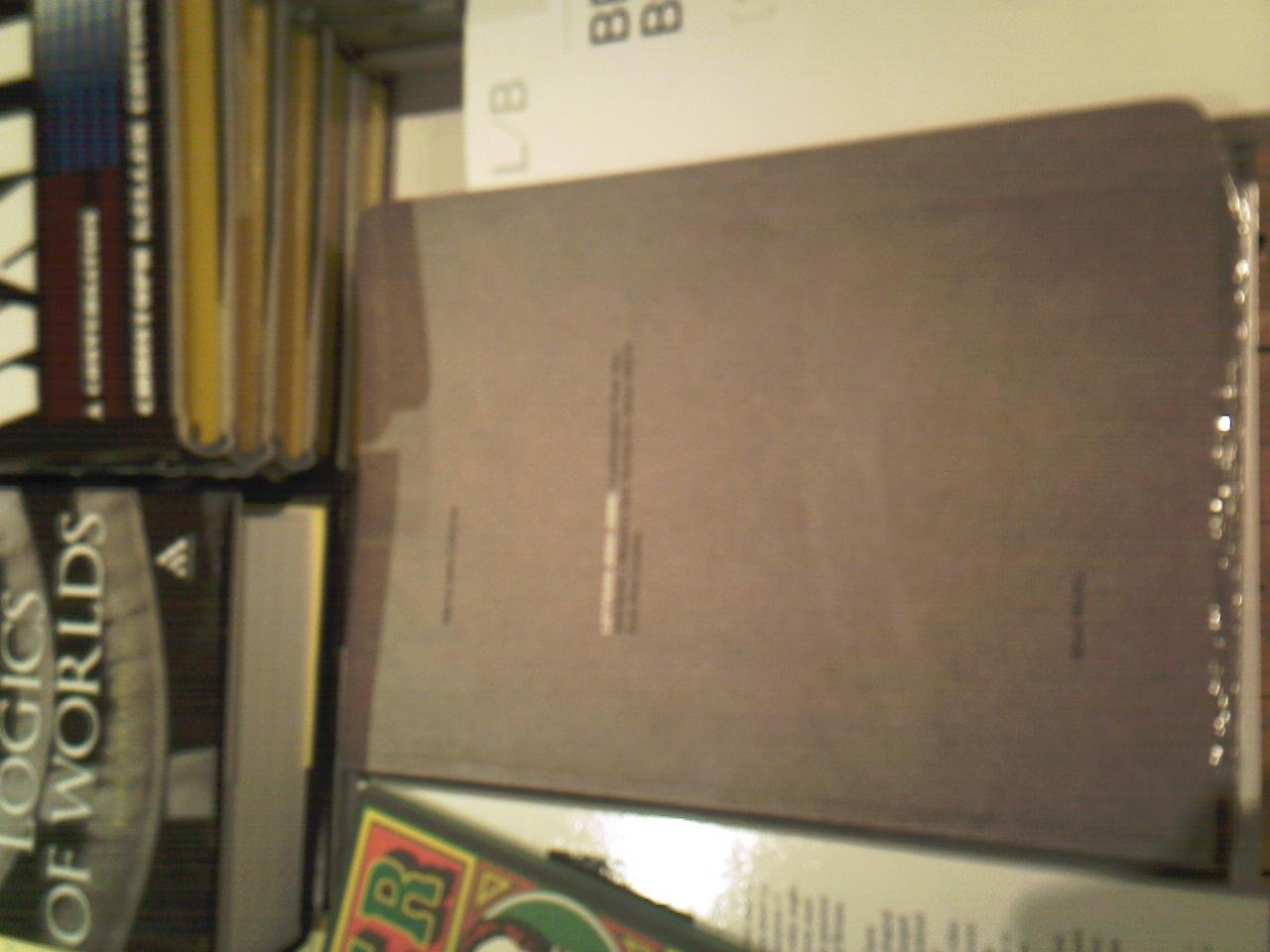 At the Fourteenth Ministerial Council Meeting of The Organization for Security and Co-operation in Europe, Chairman Ambassador Bertrand de Crombrugghe, gave an address to representatives of participating States at the Hofburg on 21 December 2006, in which he stated:

By the way, and here I open a parenthesis, one of the pleasures of the Chairmanship is to receive all kinds of mail, some less related to the OSCE than others, some funnier than others. At the very beginning of 2006, I received a letter that I promised myself I would share with you in due course.

It is from a certain Mr. Martin John Callanan in London. I have no clue who this chap is or what his connection to the OSCE might be. His letter reads very simply: â€œDear Chairman, I respect your authority.â€ Wonderful! How did the chap get this into his mind, I truly wondered! It seemed like a promising start to me, but I can assure you, it only inspired a short and wild dream, nothing more. I did not divulge it early in this Chairmanship. I feared I might be misunderstood.

The full speech as PDF

…The desperate dryness and bureaucracy of the responses from Buckingham Palace through the Houses of Parliament contain a kind of residual melancholy, with the entities compelled by law to respond to a request that is effectively meaningless. I think what’s beautiful about his work is the utter blankness of the statements or questions he employs – there’s a kind of monosyllabic theatre to them, which seems far from the extended or baroque forms of letter-writing, video and telephone pranksterism we’re more or less drowning in these days…

: Art Between Covers, on Walls and in Your Hands

A review from RAM Publications

Martin John Callananâ€™s brilliant new book is a stroll down Albert Camus Lane for this artist whose work has consistently explored the clash between the fact of human existence and governments with digital databases which could delete anyone with a single keystroke. Any member of modern society can identify with Callananâ€™s letters to government authorities, in which he essentially â€“ and subversively â€“ challenges their right to define if he exists according to their records. Each letter poses a deceptively simple question or even inane rhetorical statement and the collected responses (from eminences ranging from the secretary to the Archbishop of Canterbury to the offices of President Mubarak of Egypt) reveal the absurdity of bureaucracy and the egos of those that claim power. A wonderful exploration from the London-based artist; one of his best-known projects transmits the phrase â€œI am Still Aliveâ€ to available cell phones, laptops and PDAs in a given area, a poignant plea for recognition from cyberspace.

Product of the Week

Back in December 2005 the artist Martin John Callanan signed, stamped and posted 268 letters to political leaders across the globe. They weren’t Christmas cards. After addressing each leader by his or her full official title, Callanan explained his motives for contact with a single line: “I respect your authority”. Over the subsequent months the state-approved responses trickled in.

“I Respect Your Authority” is just one of a series of letters Callanan has sent out since 2004. In essence, he targets niche demographics – head honchos of countries, governments, scientific bodies and religions. The letters he sends are deceptive. Never more than six words long, they can appear overly-simplistic, not-as-clever-as-they-think-they-are attempts at the profound. They have the air of a bedroom terrorist behind them, a huffy teenager thumbing his nose at The Man without daring to flip the bird. But don’t be fooled. The words have been carefully gauged to draw illuminating responses from people who work deep within power structures, and they hit their marks.

The starkness of the correspondence seems to unsettle many recipients. “When Will It End?” proves a bewildering question for many of the world’s prominent religious leaders; “I Respect Your Authority” is superbly goading – a sentiment of such unlikely wording that only ambiguity can nestle in its spaces. It raises hackles as well as suspicions and prompts glacial politeness from those who think they’ve cottoned on.

It’s an appealing mix of the serious and the mischievous – “I Respect Your Authority” is so close to a Cartman catchphrase – but you’re drawn further in as the considered responses start to form an aesthetic of officialdom, and typeface, ink, format and signature all work to betray the addressee’s true appetite for ego and self-importance.

UK artist Martin John Callanan was one of the contributers to vague terrain 05: minimalism. In communicating with Martin before that issue launched, I learned about a writing project he had been working on for a few years. With this work he sent out brief, cryptic letters (i.e. stating “I respect your authority” and nothing more) to numerous high ranking officials throughout the world. Martin has compiled the responses he received to these letters and it is now available as a limited edition text entitled “Letters 2004-2006: Confirmation That You Still Exist; I Respect Your Authority; When Will It End; One London.” The text is published by and available through Book Works.

I love this project for a few reasons: it adds another chapter to the fine tradition of artist produced texts, its currency is the lost art of letter writing, and the project cuts right to the bone and questions the nature and limits of power.

News about my book…

Letters 2004â€“2006: Confirmation That You Still Exist; I Respect Your
Authority; When Will It End; One London
Martin John Callanan (2007, Book Works, London)

Callananâ€™s work explores apparatuses of power. Gathered here are the responses to his mass letter writing. Each letter poses a deceptively simple question or even inane rhetorical statement and the collected responses reveal the absurdity of bureaucracy and the egos of those that claim power.

Collected here are a selection of responses to a series of letters mailed between 2005-06, ranging from the bemused response of the Secretary to the Archbishop of Canterbury to the question â€œWhen will it end?â€ to appreciative
letters from the offices of President Mubarak of Egypt in response to the declaration â€œI respect your authorityâ€.

Letters included in the exhibition Adding Insult to Imagery