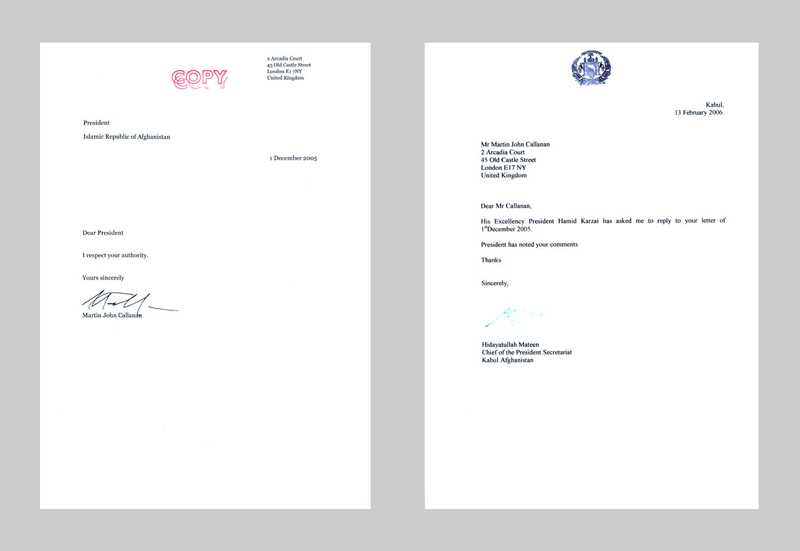 Beyond such examples, transaction costs certainly play an important role in todayâ€™s hyper-specialized economy. Hardly measurable â€“in some cases, deliberately ignored or concealed- they nevertheless affect the millions of economic exchanges taking place every second and can create a considerable lapse between the economistsâ€™ representation of the world and our experience. Featuring works that deal with daily exchange processes or delve into the transactional dynamics of todayâ€™s global economy, this exhibition examines precisely such assumptions and flawed hypotheses, as well as the inherent limitations of the capitalist economic model. But rather than simply challenging economistsâ€™ fallacies, it explores the political and poetical possibilities of this gap.

Co-opting institutional structures and exploiting loopholes in regulation, the artists featured in the exhibition reveal the absurd economic logic governing everyday operations as well as the ethical and legal boundaries of todayâ€™s neo-liberal model. Aware of the difficulties of escaping it, the artists presented in this exhibition adopt them as their own natural habitat and political battleground. Such is the case of Liz Magic Laserâ€™s Chase and Daniel Seiple & Kunst Re-publikâ€™s Landreform Carousel, who turn symbols of affluence and commerce into unlikely theaters and circus attractions, or Katarina Sevicâ€™s Social Motions, which uses codified forms of social interaction to re-establish the significance of a human presence in todayâ€™s dehumanized corporate structures. In what seems to edge on the grotesque, Santiago Sierra and Nedko Solakov repeatedly stage simple transactions to expose capitalism’s underside.

Engaging different networks of bureacracy, artists like Martin John Callanan or Julien Previeux, use the semi-automated processes habitual in government and corporate bureaucracy to produce their works. While others, like Nemanja Cvijanovic or Detext subvert the expectations of cultural bureaucrats to reveal these systems’ shortsighted logic and to question the role of institutional structures in the production and distribution of art. The free marketâ€™s alleged efficiency and uncontrollable appetite is echoed in Caleb Larsenâ€™s non-descript, networked black cube, a sculpture that permanently tries (and often manages) to sell itself on EBay.
Concerned with less conventional systems of communication and transportation, Nikola Uzunovski pillages an archive of letters sent to Santa Claus to conduct a statistical study of the children’s wishes and map the influence of consumerism on them, while David Brooks and AnÃ­bal LÃ³pez (A-153167) follow the routes of illegal smuggling to examine the legal and ethical boundaries of global trade. 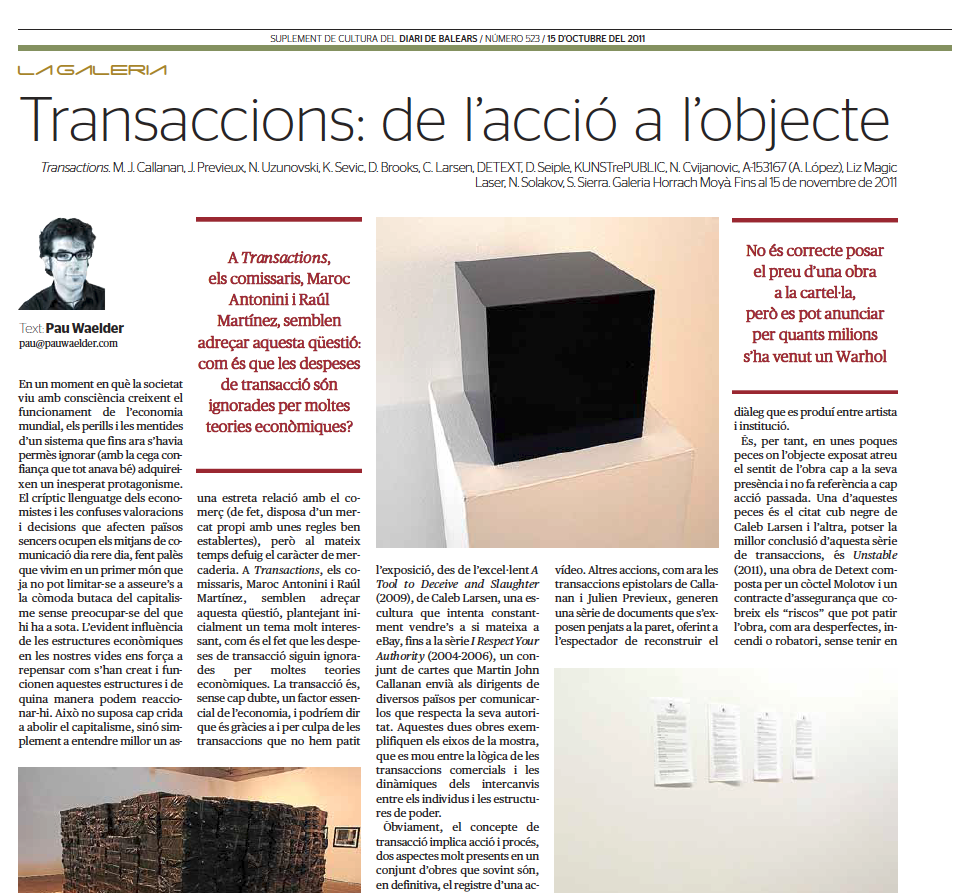