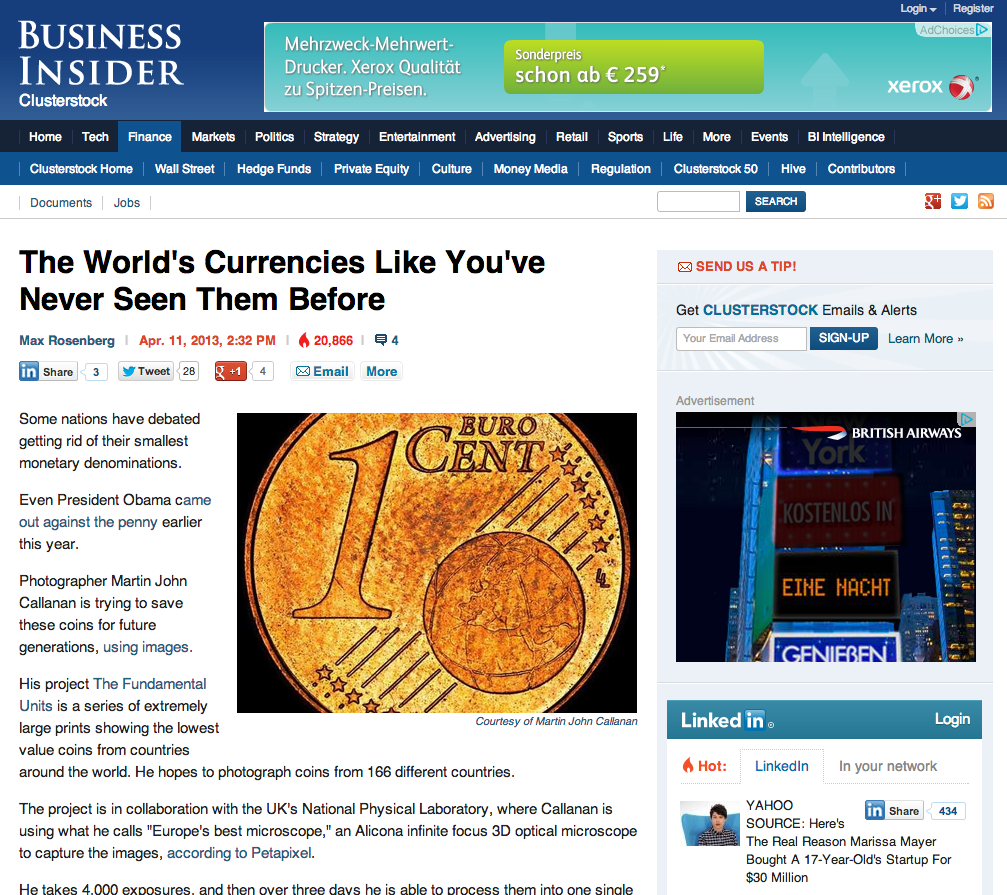 Some nations have debated getting rid of their smallest monetary denominations.
Even President Obama came out against the penny earlier this year.
Photographer Martin John Callanan is trying to save these coins for future generations, using images. 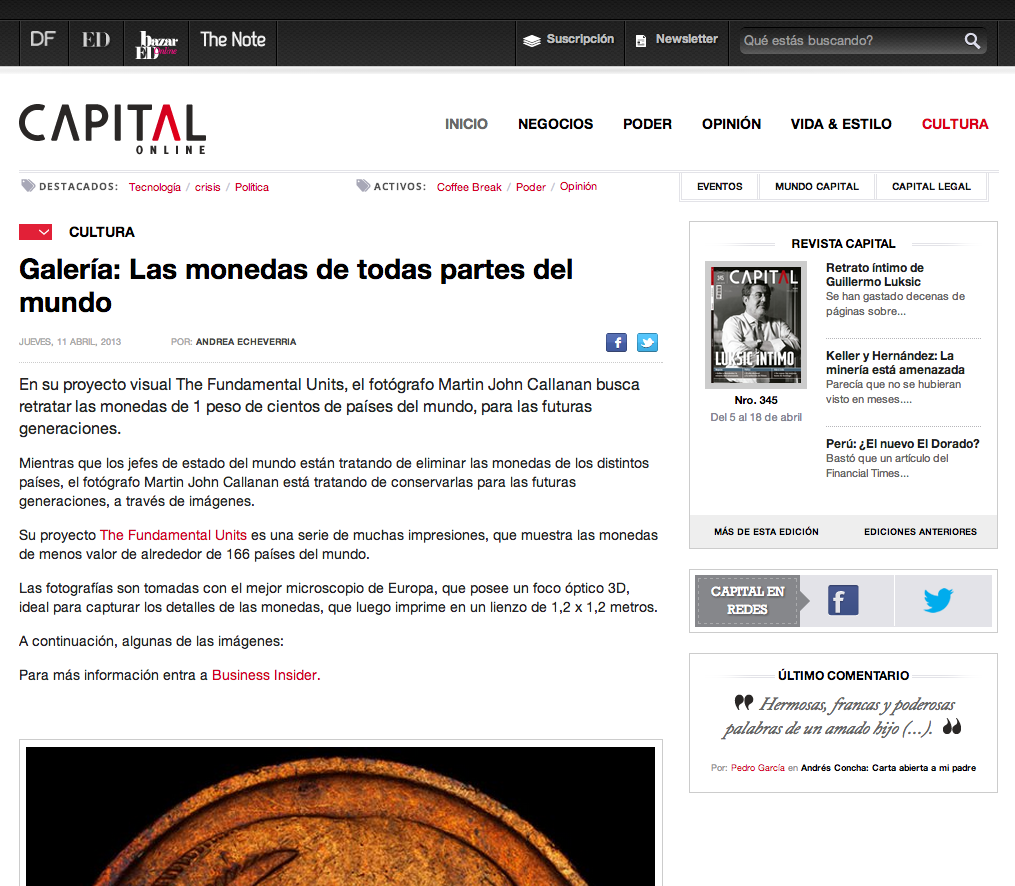 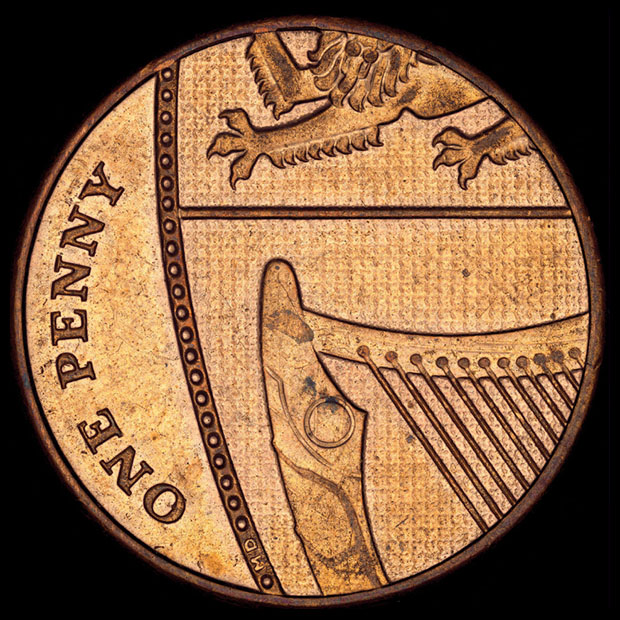 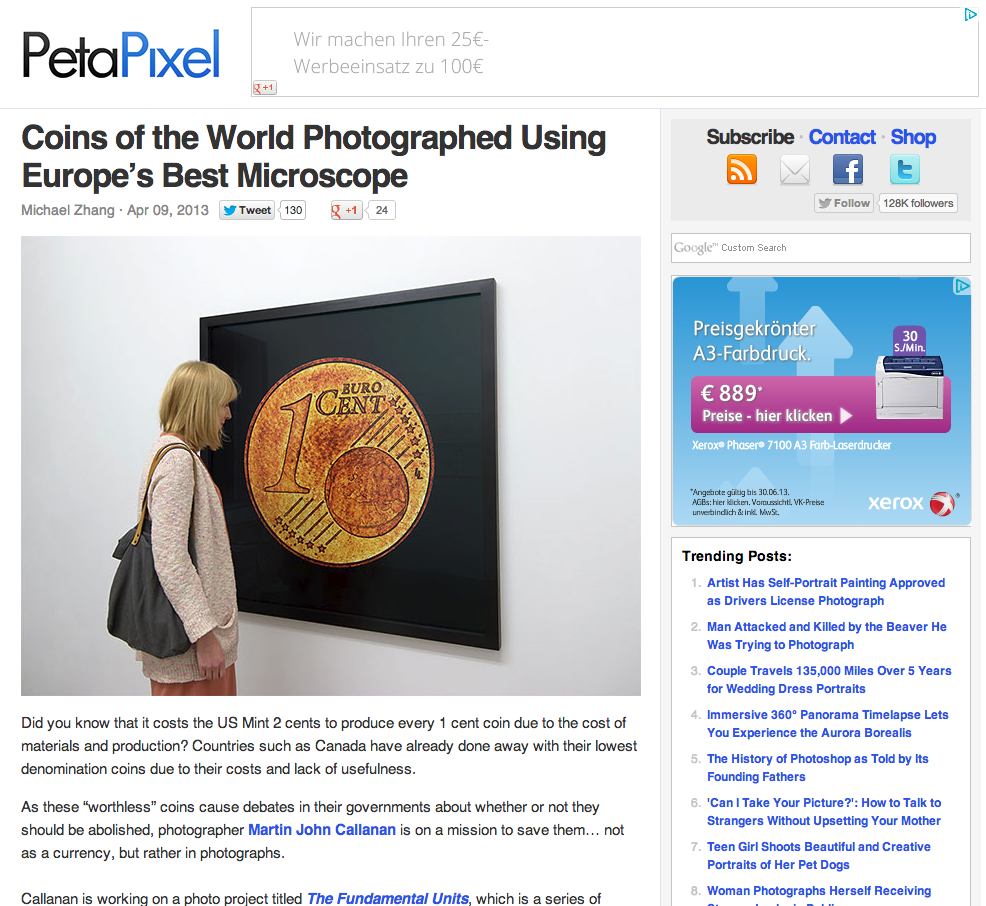 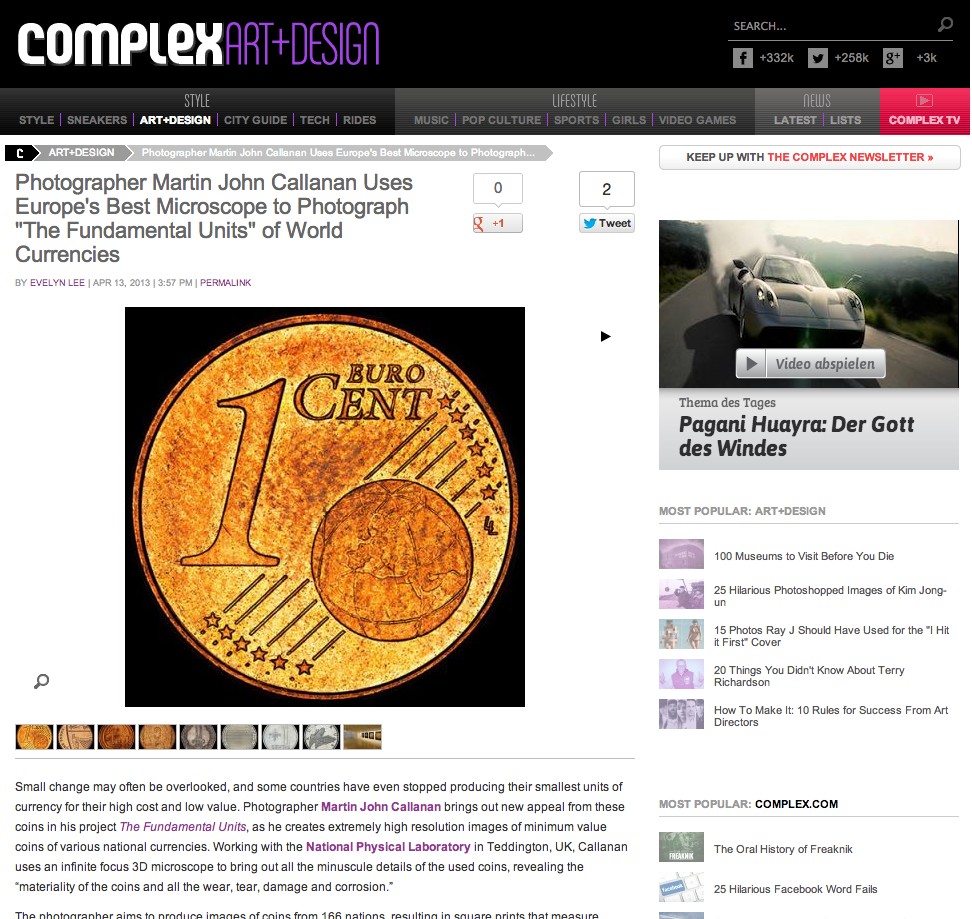 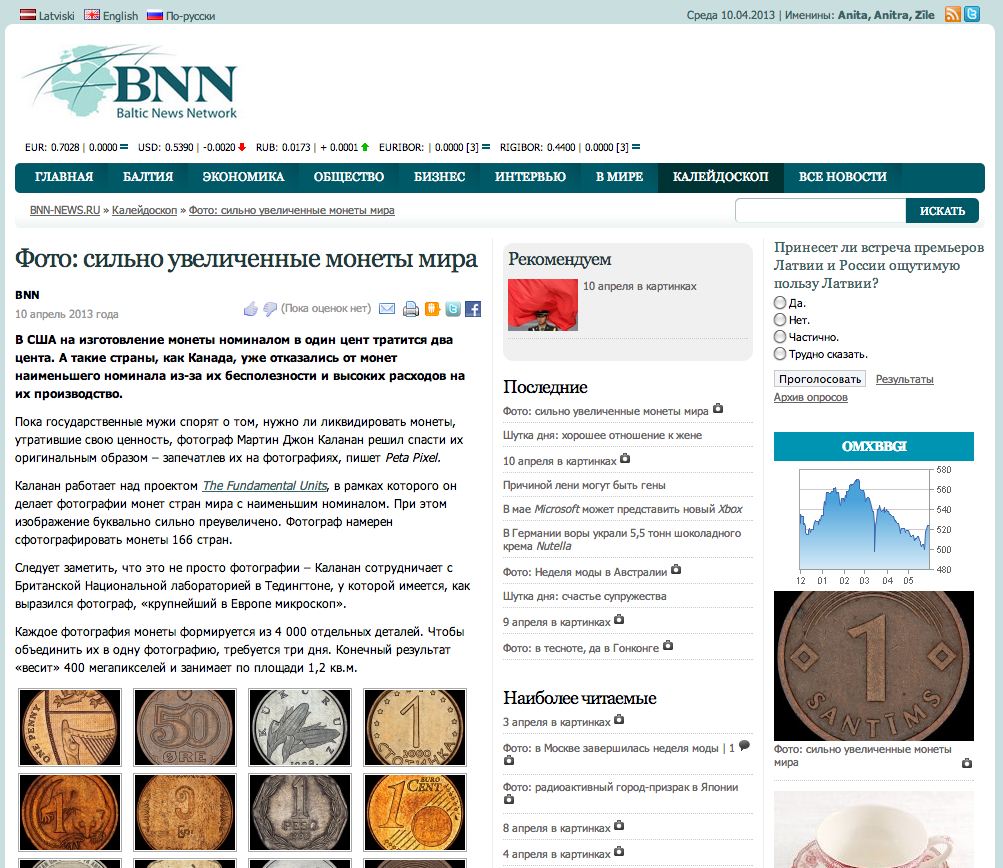 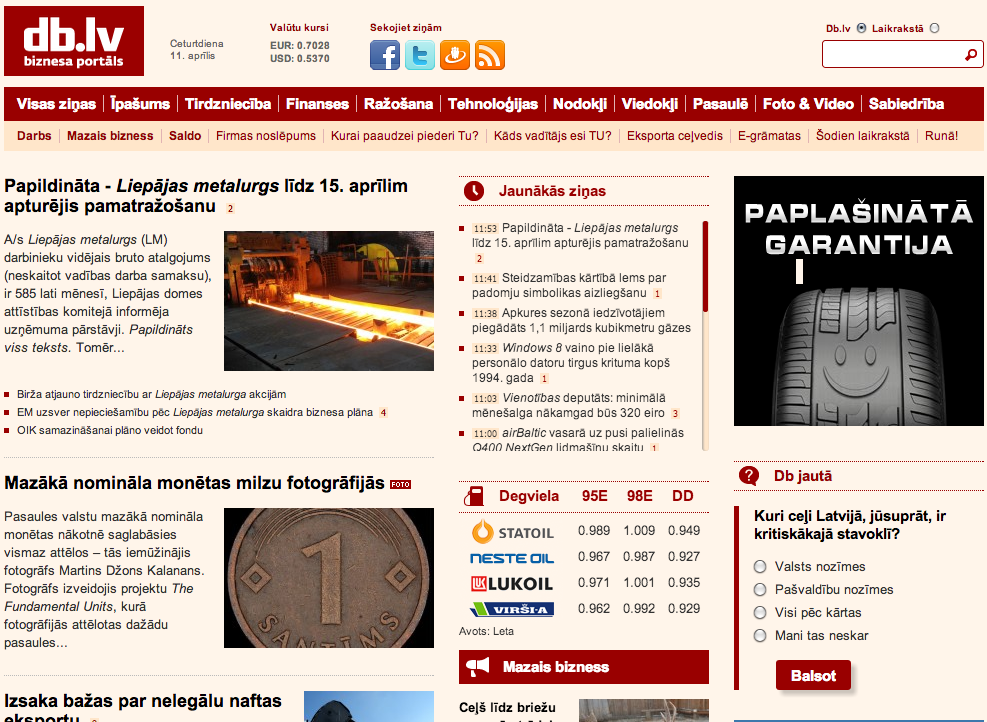 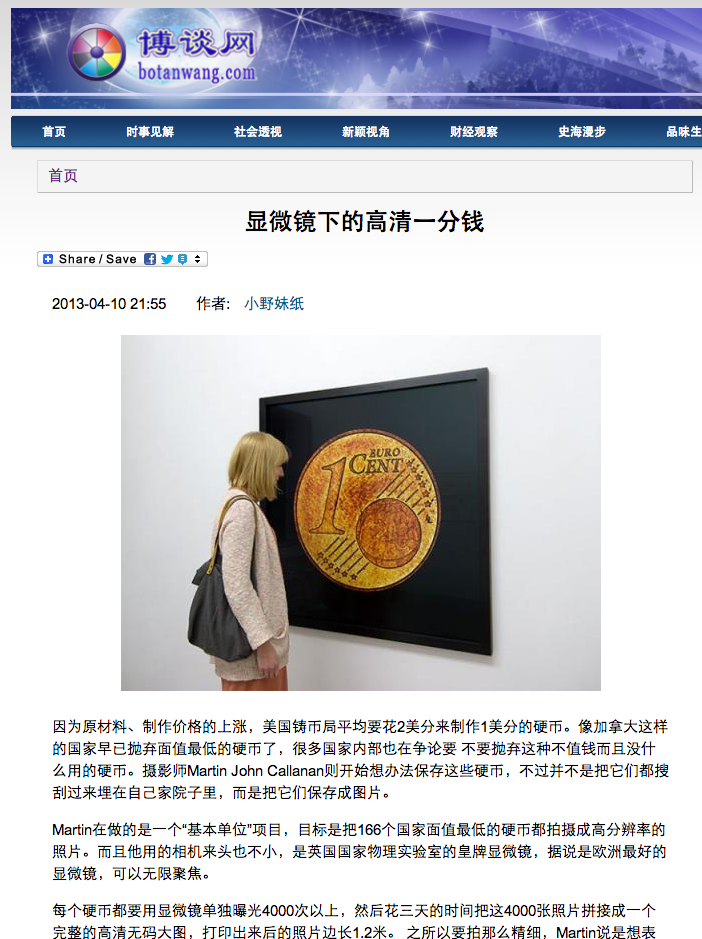 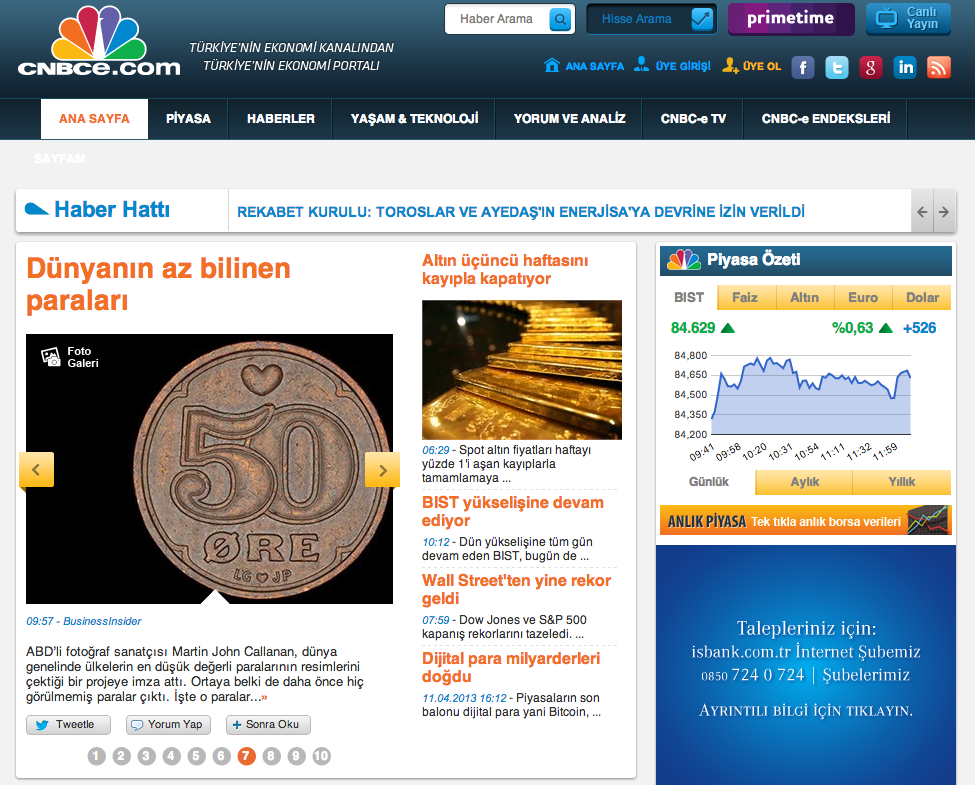 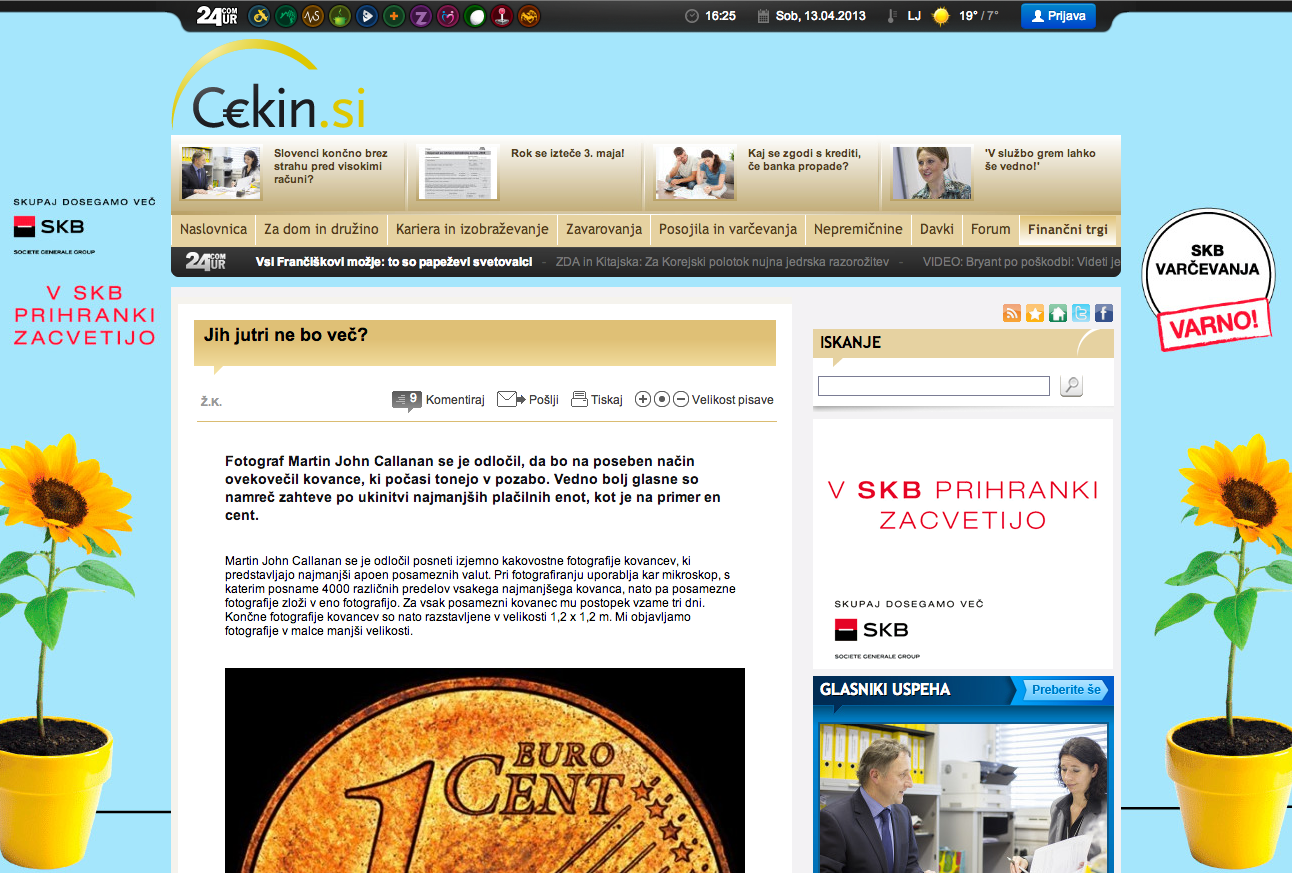 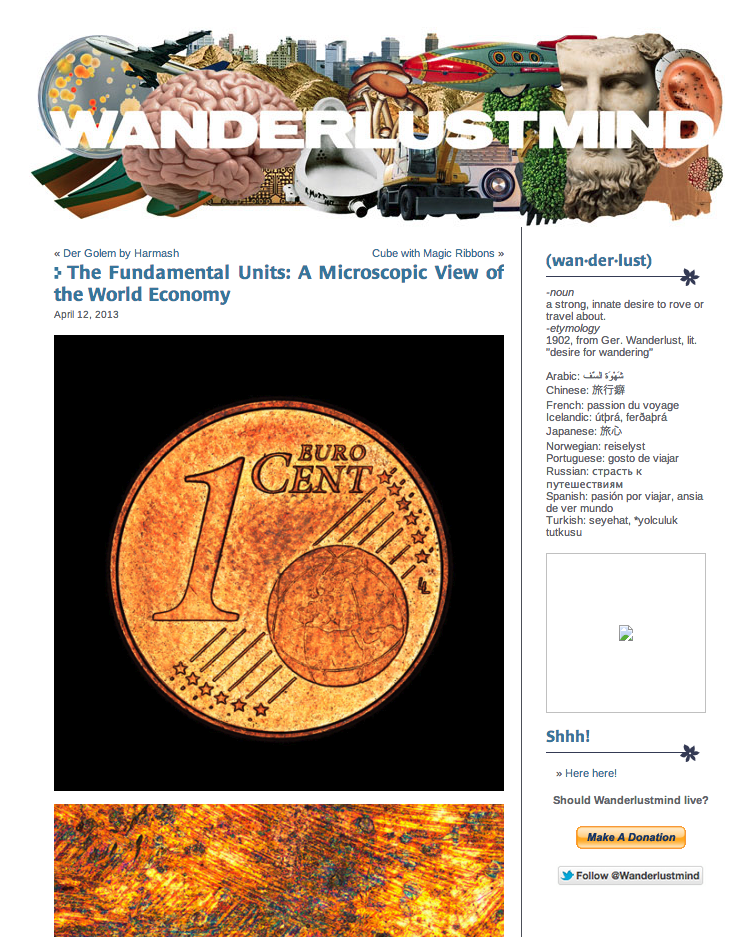 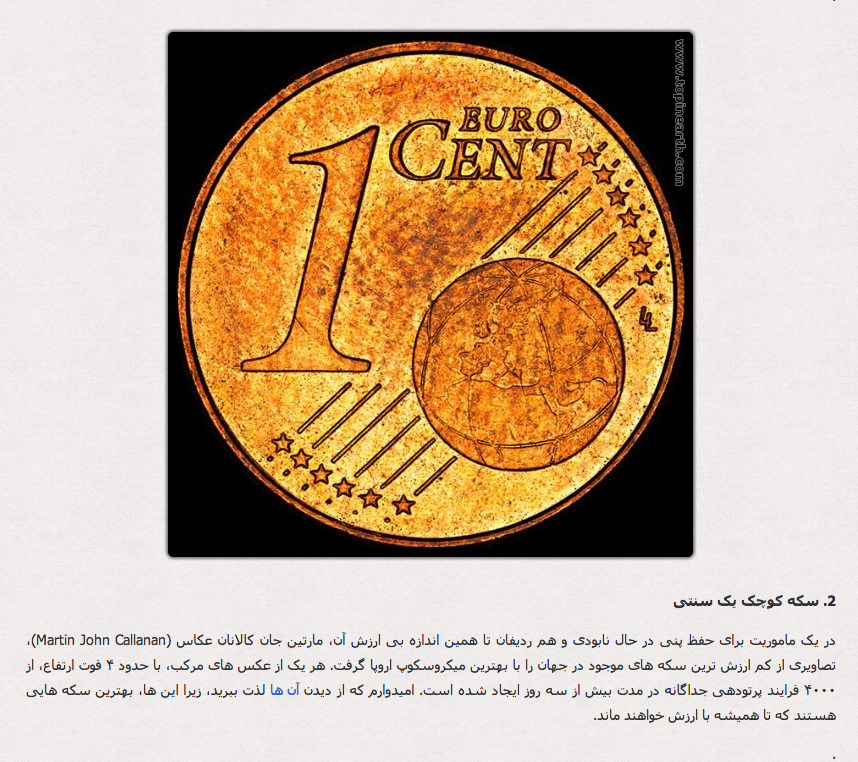 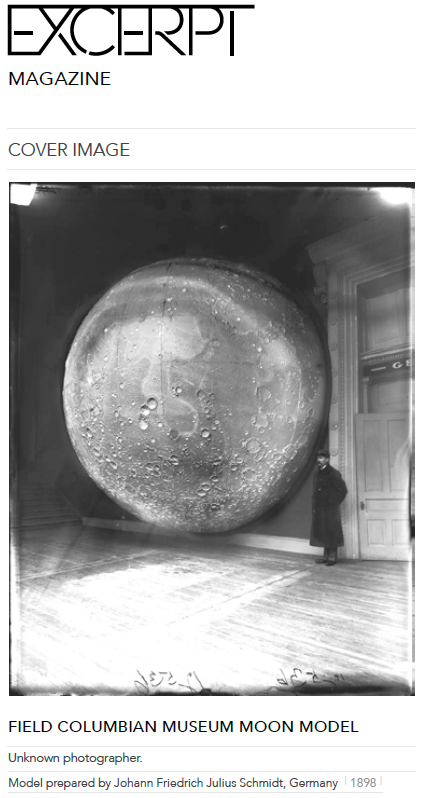 It seemed strange to choose a 115 year old photo for the cover of what is for the most part a contemporary magazine. Yet the more I looked at the image the more necessary it became. The image just didnâ€™t seem old, fixed or sorted out. Nostalgia hadnâ€™t gotten in- for nostalgia isnâ€™t simply the past in an image but the present being invited in by it to straighten it out and know better. In the image the guard still guards, the door and stairway still lead off somewhere and the moon, embedded like a wreckers ball, makes the wall appear unnervingly permeable. 115 year later and a few people have bounced across the moons surface and there are five hundred and two million photographs when you search the moon on the internet. Just as the internet voraciously slurps up images and text, the moon continues to try to pull at anything on the earth to bring it closer, causing the oceans to slosh back and forwards. Wanting everything. Wanting what it canâ€™t get. These thoughts intertwine as Issue 5 develops; an issue that wanted the moon and the stars. Things begin to seem vast and cryptic, the surface of a coin becomes a landscape and the funereal become something to share not bury. Across this Issue the unexpected quietly coils around the familiar and I am faced with the tautological bind that the inexplicable is what it is.- Amy Marjoram

With rigourous visual austerity the piece consists of a book of telephone numbers lying open on a nondescript table, next to an equally neutral telephone. The phone automatically dials numbers, with the key notes, the dialling tones and subsequent automated messages played out on the handset’s speaker.

Callanan describes the content of the book as follows:

The International Directory of Fictitious Telephone Numbers is a collection of telephone numbers that are designated never to function. Their purpose is to be reserved indefinitely for use within drama or film productions so that unsuspecting people aren’t disturbed by inquisitive viewers. Nation states organise telephone systems with ‘numbering plans’, identifying geographical areas or service operators with number prefixes and corresponding number ranges. Some plans hold â€“ forever-reserved â€“ ranges of numbers varying from one hundred (some states of the USA) though to one hundred thousand consecutively ordered (Ireland). Explicitly for use in film and television programmes, producers pick from the designated ranges. The chosen digits appear fleetingly in films, or frequently over years of a serial. Enquires were made to the telecommunication regulators of each nation state. All possible numbers for each country with such reserved ranges are ordered and listed in The International Directory of Fictitious Telephone Numbers.

The International Directory of Fictitious Telephone Numbers.Â That’s a title that brings about an instant vortex of images I can’t quite see â€“ their speed and variety and the worlds they cause to collide are more numerous than I can count. Borges is there, with his garden of forking paths, as is Auster’s country of last things and Kobo Abe’s man with a box over his head, the panels of which are covered in scribbles and notes and intractable drawings. At the same time, the fact that these numbers are ringfenced for TV and film use instantly fills every inch of the piece with a thousand filmed moments and the conjured worlds they occurred in â€“ everything from Hawai Five-O and Le Miel et les Abeilles to psychological thrillers, Del Boy and a great part of Christian Marclay’s early output. There’s always a missed call, an unknown number, the stalker breathing down the line. This mental rush meets a clinical dead-end in the physical appearance of the piece, in its utterly and purposefully emptied aesthetic and the repetition of numbers upon numbers, key notes after key notes, ringtones that cannot waver from their reducedÂ synthetic voice/oscillatorÂ palette.

I Wanted to See All of the News From Today included in Classifiable?

instead of creating an exhibit of works, which falls under a specific category; i did something. Unsure of how the content of these works’ are related to each other; they are grouped together by Appropriation. Within all these projects elements are borrowed from other sources to create a new work.The borrowed elements may include images, forms or styles from art history or from popular culture, or materials and techniques from non-art contexts.Even though undefinable, they stand on their own as art work.

Tyler Friedman at Media Salon on I Wanted to See All of the News From Today:

I saw a panel discussion with the guy who did this project before. It is pretty ambitious. […] It is a constantly refreshing overview of the state of the global consciousness. It is not every newspaper yet, but, as I understand, that is the goal. Of course, this project is dependent upon physical print- upon the concept of a newspaper front page. It would not be as effective to make a similar conglomeration of the daily headlines using, say, internet home pages, as most news sites are not as regionalized as a printed paper is. So, this project acts upon physical reality, compiling it in a way that would be physically impossible without digitalization and the globalized communal work ethics enabled by networking.One other thing that is nice about this, is that it doesnâ€™t attempt to say anything. There is not editorial voice, or artistic presence providing access to the information for you. No translations, no links. The site is completely 2-dimensional. The information is left to speak for itself, to be interpreted as it is. As such it is a pretty radical visualization of the international current moment.If only the images were higher resolution and a pdf style zoom in zoom out function was supported so that the smaller text would be visible.