Between 2010-12 I was an Editor with Leonardo Electronic Almanac. 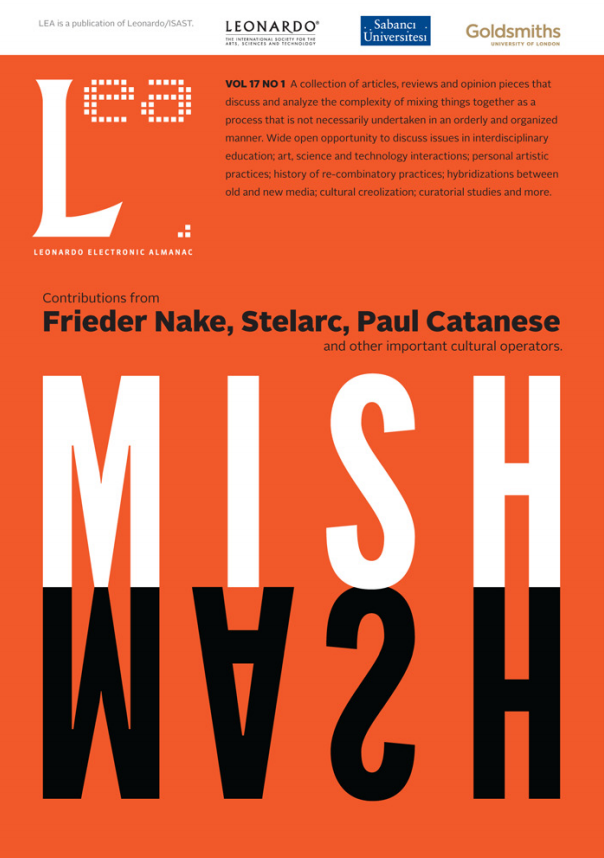 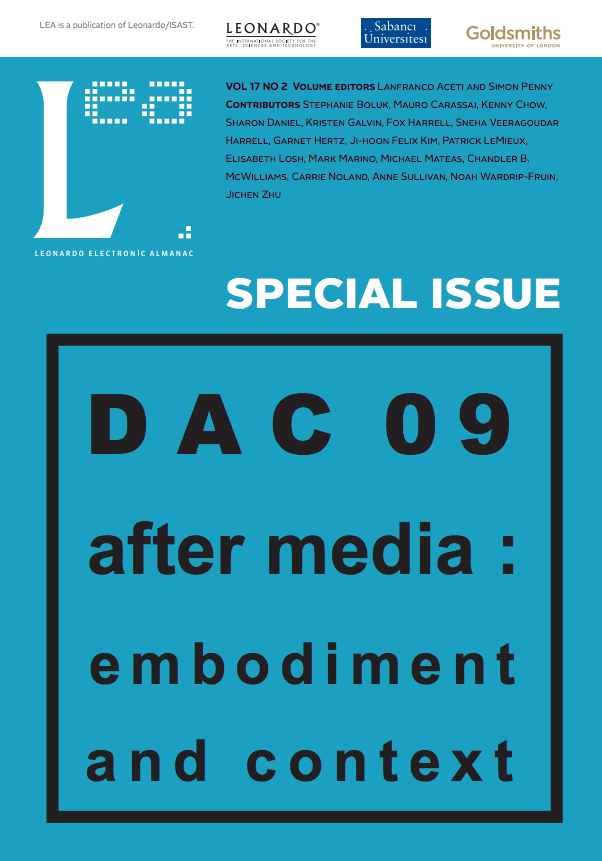 acted as one of the editors for these issues A Planetary Order (Terrestrial Cloud Globe) article and on the cover of Leonardo Journal volume 45, issue 4, 2012. 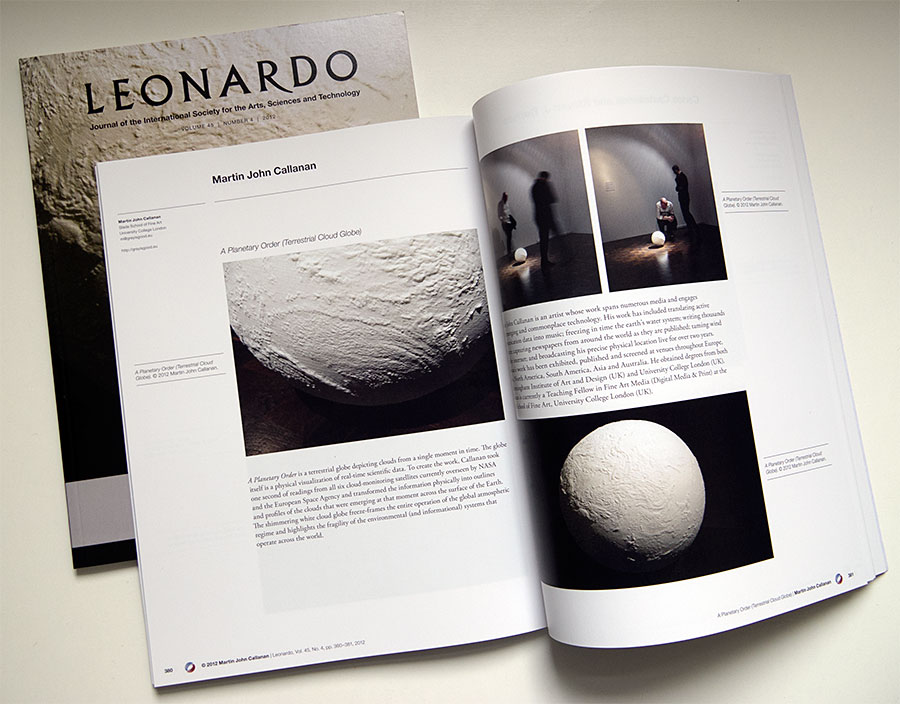 Leonardo is todayâ€™s leading international journal on the application of contemporary science and technology to the arts and music and, increasingly, the application and influence of the arts on science and technology. With an emphasis on peer reviewed writings by artists, the journal seeks to ensure that the artistâ€™s voice is integral to the development of new technologies, materials, and methods.

This two-day symposium brings together scientists, artists, social scientists and policy-makers to explore scientific controversy from an interdisciplinary perspective. From esoteric arguments over the structure of the universe to highly charged public controversies around the use of stem cells, Eye of the Storm will touch on brilliance and ego, dissent and whistle-blowing, big science, high finance, deviant science, the reliability of knowledge and the legislation of uncertainty.

Martin John Callanan as Artist in Residence at UCL Environment Institute, alongside Richard Hamblyn the Writer in Residence, will be presenting.

UCL Artist in residence Martin John Callanan also offered a critique of
scientists use of graphs, also posing the question of whether the artistâ€™s contribution was
best made via critique of scientific methodology. If it was more about the proposing of new
visions then that, too, was not artists territory alone.