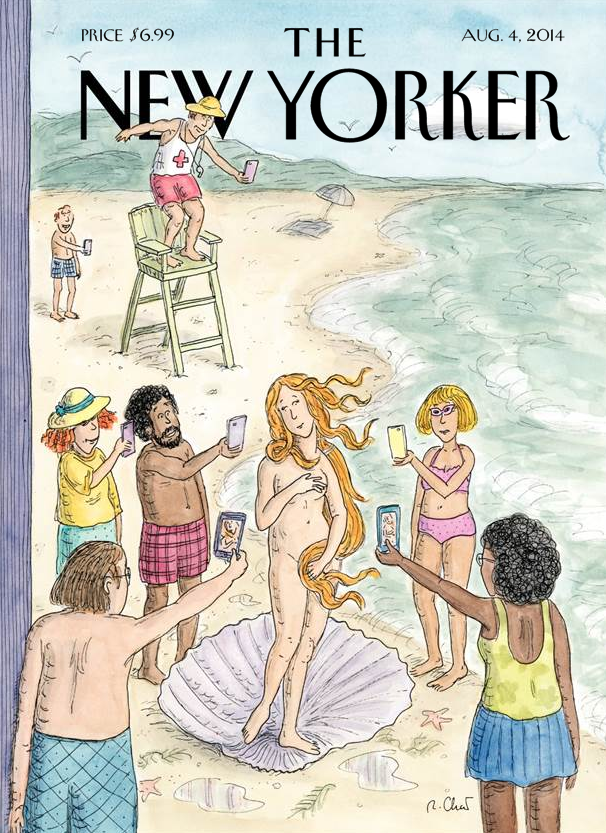 To sum up the latest report from the Intergovernmental Panel on Climate Change: we’re toast. The nearly two dozen participants in this terrific, if depressing, show propose an art for the Anthropocene, in which time has accelerated (Martin John Callananâ€™s airport departure board cycles eerily fast), the seasons are out of whack (Charles Burchfieldâ€™s â€œSummerâ€ features a tree, December-bare), and no purchase of organic strawberries will outweigh the ten billion metric tons of carbon spewed forth each year. An eighteenth-century theatrical scene, featuring an artificial sun, leads all too inevitably to AlexisRockmanâ€™s trash-strewn seascape, featuring a drowning elephant and a capsizing container ship. The ever-sharp Pierre Huyghe and the young filmmaker Erin Shirreff also make strong contributions, but the most haunting work is an anonymous video from the destroyed power plant at Fukushima, in which a single man points his finger in silent accusation at the camera, at the polluters, at us. Through Aug. 8.