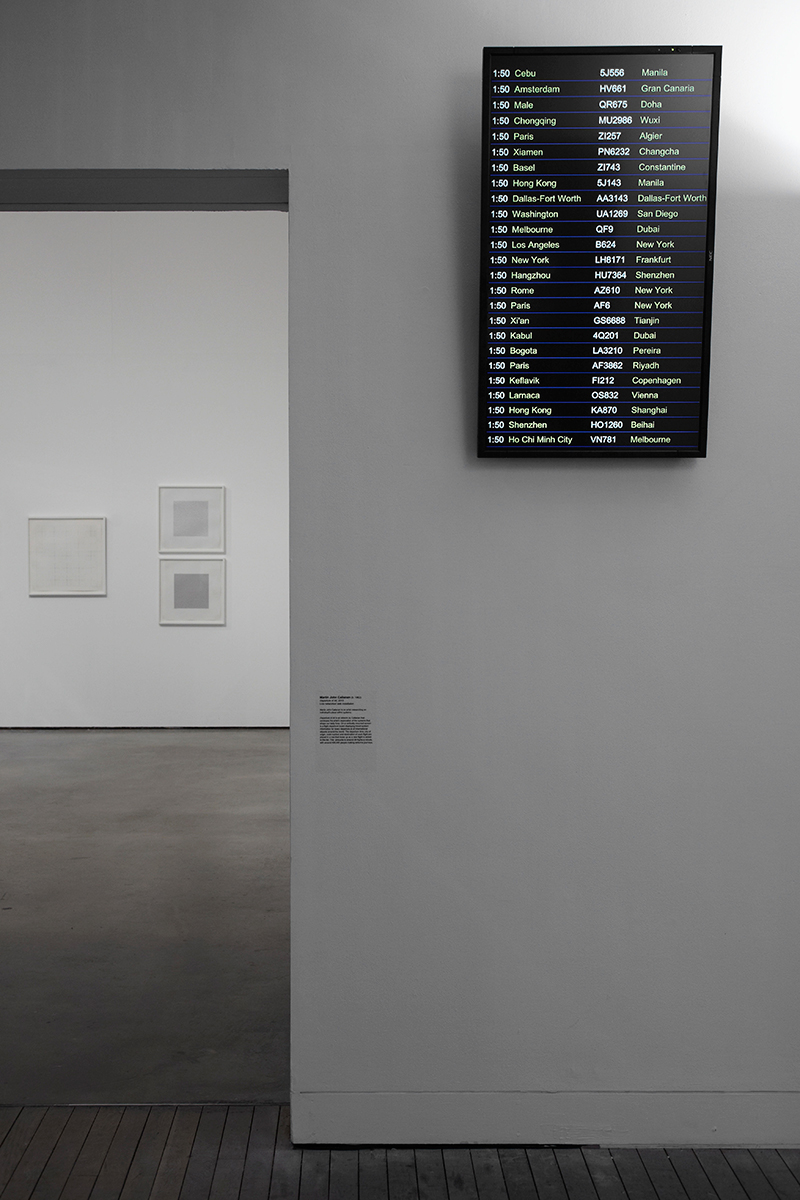 January 2015 MK Gallery presents How to Construct a Time Machine (23 January â€“ 22 March 2015), an exhibition of over twenty-five historical and contemporary works that explore how artists play with media in innovative ways to transform our experience of time.

What is time? How do we order the past, the present, and the future? Why are artists interested in time? How is art a machine, vehicle, or device for exploring time? How is art a means by which time â€˜travelsâ€™, and how does art permit us to travel in time? Consideration of these and other questions has provided the exhibition rationale for guest curator, Dr Marquard Smith, Head of Doctoral Studies/Research Leader in the School of Humanities at the Royal College of Art, London.

The showâ€™s title is taken from an 1899 text by the avant-garde French writer, Alfred Jarry, written in direct response to H. G. Wellsâ€™ science fiction novel The Time Machine (1895). Wells invented and popularised a distinctively modern, fictional concept of time travel, with the time machine as a vehicle that could be operated â€˜selectivelyâ€™.Jarryâ€™s response crafted a pseudo-scientific fiction that presents the time machine and time travel as an instance of â€˜the science of imaginary solutionsâ€™.

Film work ranges from George MÃ©liÃ¨sâ€™ A Trip to the Moon (1902), an iconic silent movie which follows a group of astronomers as they explore the moon, to Thomson & Craigheadâ€™s The Time Machine in alphabetical order (2010), a complete rendition of the 1960s film version of the Wellsâ€™ novella re-edited into alphabetical order.

Sculptural work includes Mark Wallingerâ€™s Time and Relative Dimensions in Space (2001), an aluminium version of Dr Whoâ€™s â€˜Tardisâ€™ police box that simultaneously disappears into the space-time continuum and reflects its own surroundings, and Ruth Ewanâ€™s We Could Have Been Anything That We Wanted to Be (2012), a decimal clock which divides the day into ten (rather than twenty-four) periods, echoing a bold 18th century French Republican attempt to redefine and rationalise the day.

The exhibition will be accompanied by a catalogue, designed by Herman Lelie, featuring an extended Introduction by the exhibitionâ€™s curator and a translation of Jarryâ€™s How to Construct a Time Machine, together with essays by Dutch cultural theorist and video artist Mieke Bal and radical philosopher Peter Osborne. The exhibition will be supported by a range of related events including tours by the curator and artists, seminars, academic conferences, and film screenings.