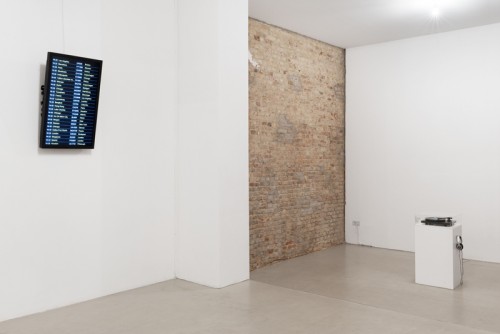 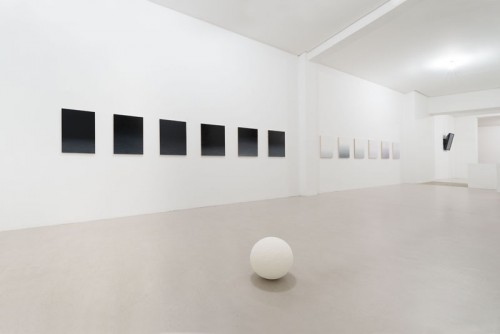 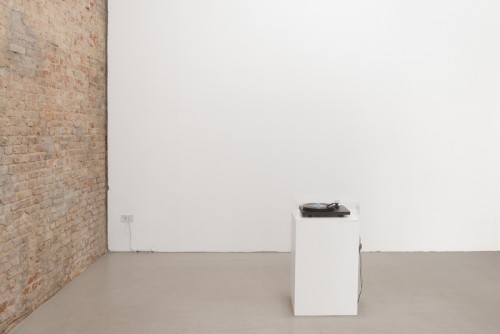 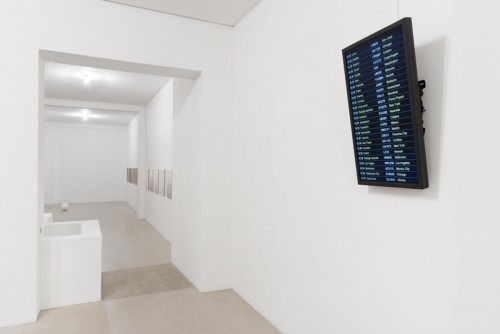 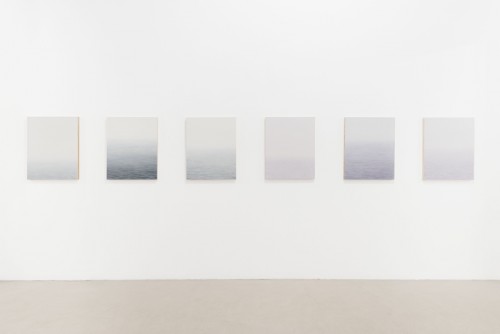 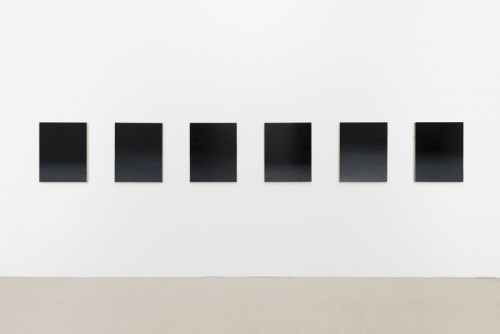 A Planetary Order brings together three artists who, though working in very different media, all explore meta-narratives of time, landscape and systematic abstraction with a combination of sincerity and playfulness. The juxtaposition of painting, sculpture and new media works emphasises the conceptual concerns of the artists who also share a meticulous minimalist aesthetic. The works hover between seriousness and humour, the romantic and the rational, reduction and sublime scale, all within a dialogue which encompasses works made both with highly traditional means and the most current new media technology. The exhibition reflects a growing interest in a return to metaphysical themes, which though sincere, is not without critical distance and awareness of the comical.

The exhibition found its name in Martin John Callananâ€™s A Planetary Order (Terrestrial Cloud Globe) a 3D printed globe which, sitting directly on the gallery floor, on close inspection reveals the cloud cover of one single moment in time. This inconspicuous piece is in fact an ambitious â€˜physical visualisation of real-time scientific dataâ€™ taken from cloud monitoring satellites overseen by NASA and the European Space Agency. Callananâ€™s transformation of data into artworks which articulate both the enormity of interconnected global systems and our place within them, continues with his most recent work, Departure of All; a flight departure board displaying the flight information for every international airport around the world. Running in real time, the speed of global transit creates a dizzying account of single moments. Katie Paterson provides a counterpoint to this overwhelm with her imperceptibly slow work, As The World Turns; a record player which, rotating at the speed of the earth, plays Vivaldiâ€™s Four Seasons audible through headphones to only the most attentive listener. As with Callanan, Patersonâ€™s artwork occupies a space far greater than the actual work- activating an imaginative space which is both metaphysical and comic; the record player suggesting the turning earth which we are able to look down upon. Along the long wall of the gallery hangs Notes on The Sea, a (diptych in twelve parts) the series of twelve minimal photorealist paintings calmly depicts fog veiled seascapes as polarities of night and day. In this work the archetypal romantic image enters into a contradiction with itself as it becomes part of a system. Playing with notions of duration, mathematic abstraction, and the possibility of painting a beautiful landscape, Partridgeâ€™s attempt to rationalize the epitomised romantic landscape is both meditative and absurd.

Rebecca Partridge
1976, UK. Lives and works in Berlin and London

Rebecca Partridge gained an MA in Fine Art from the Royal Academy Schools, London in 2007, since which time she has been exhibiting internationally. Recent solo exhibitions include In The Daytime at Kunsthalle CCA Andratx (Spain), Cabinet Paintings at Newcastle University, (UK), as well as numerous international group exhibitions most recently Verstand und GefÃ¼hl, Landscape und der ZeitgenÃ¶ssiche Romantik at Springhornhof Neuenkirchen. In 2008 she was awarded a fellowship from Terra Foundation of American Art in Giverny (France). Other awarded residencies include the Sanskriti Foundation (New Dehli, India); Kunsthalle CCA (Spain); Nes residency (Iceland) and the TIPP Program for Contemporary Art (Hungary). She is currently working on several curatorial projects and is a Lecturer on both BA and MA Fine Art at West Dean College, UK.

Katie Paterson graduated from the Slade School of Fine Art, London in 2007. Patersonâ€™s work is known internationally, recent solo exhibitions include In Another Time, Mead Gallery (University of Warwick, UK) Katie Paterson, Kettleâ€™s Yard (Cambridge, UK) Inside This Desert, BAWAG Contemporary (Vienna) and 100 Billion Suns at Haunch of Venison (London). Her works have been exhibited in major exhibitions such as the Light Show at the Hayward Gallery (London); Dissident Futures, Yerba Buena Centre for the Arts (San Francisco); Light and Landscape at Storm King Art Centre (Hudson Valley, USA); Marking Time at MCA (Sydney) Continuum at James Cohan Gallery (New York) and Altermodern at Tate Britain (UK). She is represented in collections including the Guggenheim (New York) and Scottish National Gallery of Modern Art (Edinburgh).