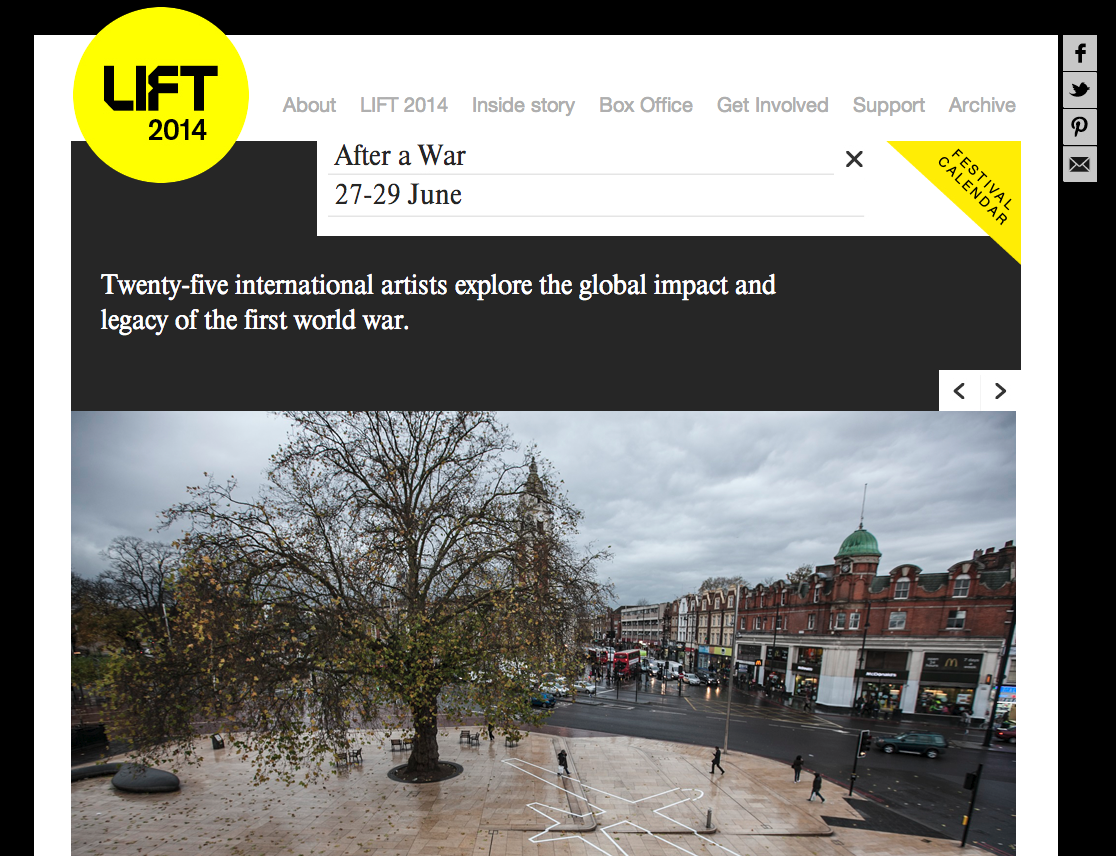 A century of conflict

The first world war can seem hopelessly remote to the 21st-century mind. And yet, this war ushered in modernity and set the pace for the most murderous century of human history. It ripped through Europe, dissolved empires, changed the nature of warfare and continues to define global relationships.

For After a War, LIFT, Tim Etchells (Artistic Director, Forced Entertainment) and 14â€“18 NOW WW1 Centenary Art Commissions, have invited 25 artists and companies from across the world to think about the global impact and legacy of the first world war alongside contemporary issues of war and peace. Our programme culminates in this three-day weekender at Battersea Arts Centre â€” a potent venue which, from 1916 onwards, housed the trials of many of Londonâ€™s conscientious objectors.

After A War schedule and info (PDF)