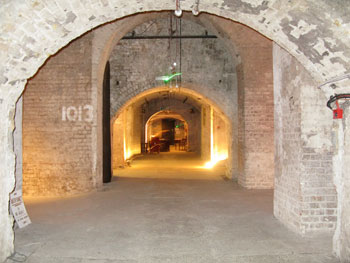 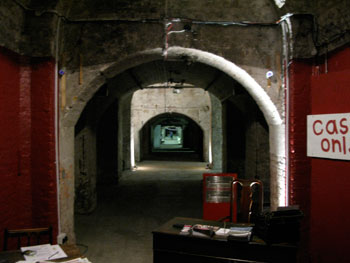 Netaudioâ€™08 took place from 22nd to 25th October 2008 at Shunt Lounge, London SE1. It celebrated the creative output of networked musicians and online communities with installations, workshops, showcases and performances.

Netaudioâ€™08 plaid host to a broad range of live musical acts from the IDM of Lackluster and the digital dub of Disrupt to the raucous sounds of emerging talent A.R.E. Weapons. There was live techno and house from Berlin and djs from across Europe and the UK playing everything from esoteric ambience to minimal techno and back via a headlining set from man of the moment: Appleblim. The only criteria here is that they sound good and that they engage via the medium of the Internet.

Within the market side of the festival you could lay your hands on the latest gadgets, kit and software with everything from digital DJ tools to fully fledged audio production software. As a modern day equivalent of a fun fair, the Netaudio Market also featured a number of interactive installations and stalls allowing you to have a taste of whatâ€™s on offer by experimenting with numerous sound and internet tools as well as simply enjoying one of the professionals demonstrations.

Netaudioâ€™08 is funded by the Arts Council England through Grants for the Arts and by Shunt. Cenatus Music Projects gratefully acknowledges financial support from the PRS Foundation. The Netaudio Festival is based on a Swiss concept, first showcased in 2005 in Berne. Netaudioâ€™08 is supported by the Swiss Cultural Fund in Britain.