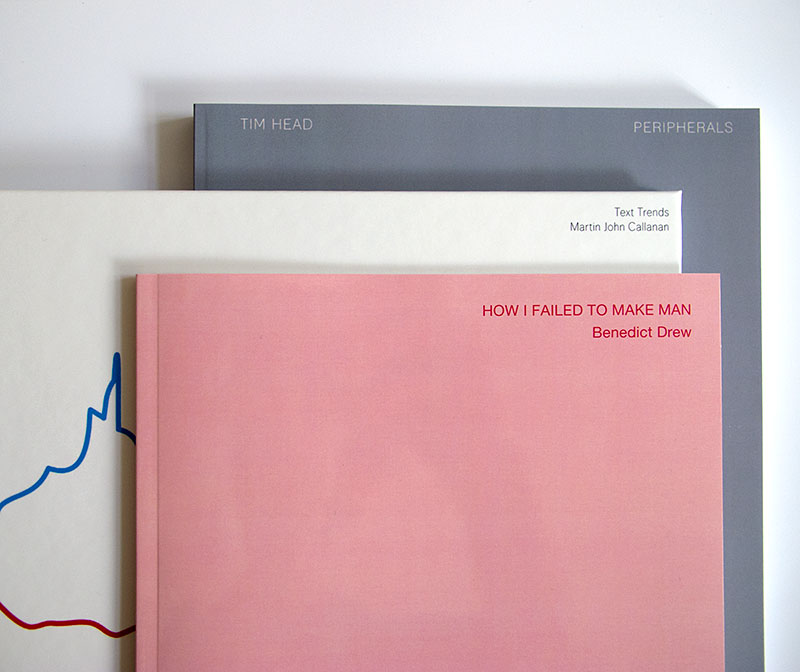 Though Text Trends, Martin John Callanan deals with the spectacularization of information. Using Google data he explores the vast search data of its users. An animation takes the content generated by search queries and reduces this process to its essential elements: search terms vs. frequency searched for over time, presented in the form of a line graph, 16 of which are reproduced in this book. 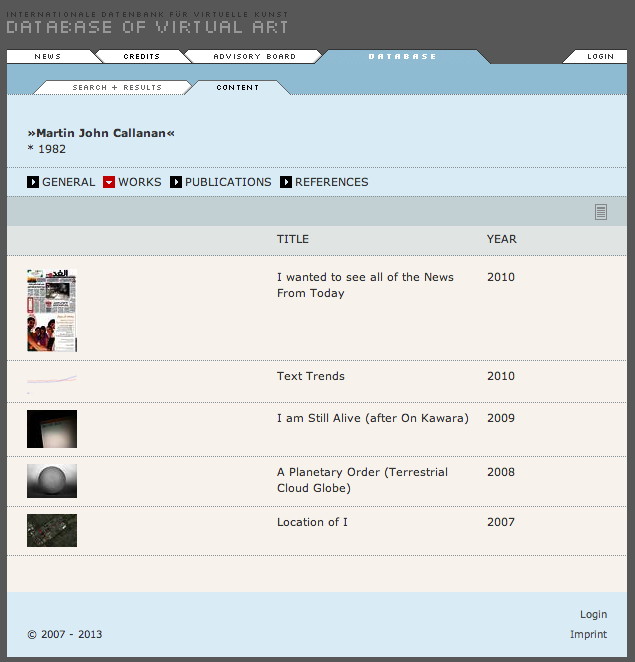 Five works accessioned to The Achive of Digital Art (Database of Virtual Art) documents the rapidly evolving field of digital installation art. This complex, research-oriented overview of immersive, interactive, telematic and genetic art has been developed in cooperation with established media artists, researchers and institutions. The web-based, cost-free instrument – appropriate to the needs of process art – allows individuals to post material themselves. Compiling video documentation, technical data, interfaces, displays, and literature offers a unique answer to the needs of the field. All works can be linked with exhibiting institutions, events and bibliographical references. Over time the richly interlinked data will also serve as a predecessor for the crucial systematic preservation of this art of our time.

We Dream in Database (2010)
Rhizome Curated Exhibition by Will Felker

â€˜We Dream in Databaseâ€™ is ordered under the aegis of Lev Manovichâ€™s opinion (as outlined in his text, â€œDatabase as Symbolic Formâ€) that databases present what would ordinarily be imagined. The works contain many subjects, representative gestures — mediated through the artistsâ€™ visions, accessible to the public by means of the database. If databases are understood as a constant, these works comment on the empirically shared perceptions of (and experiences with) space, across cultures and locations, and reflect on individual experience. I feature these works use of â€˜traditionalâ€™ database (an archive), but also how the database is displaced to draw out expressive effects.

This exhibit looks at various representations of basic aspects of human nature. At it’s core it looks the increasing private public lives, and private life. It also confronts the human’s nature simply question and question authority. 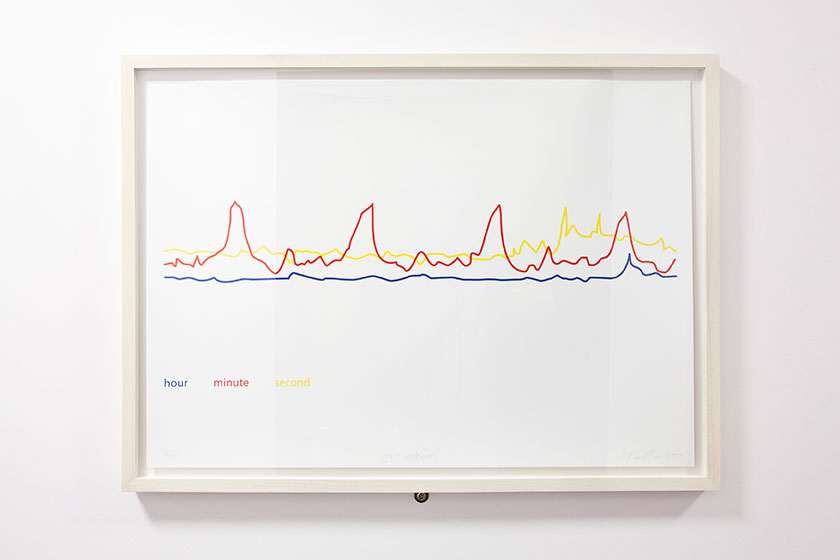 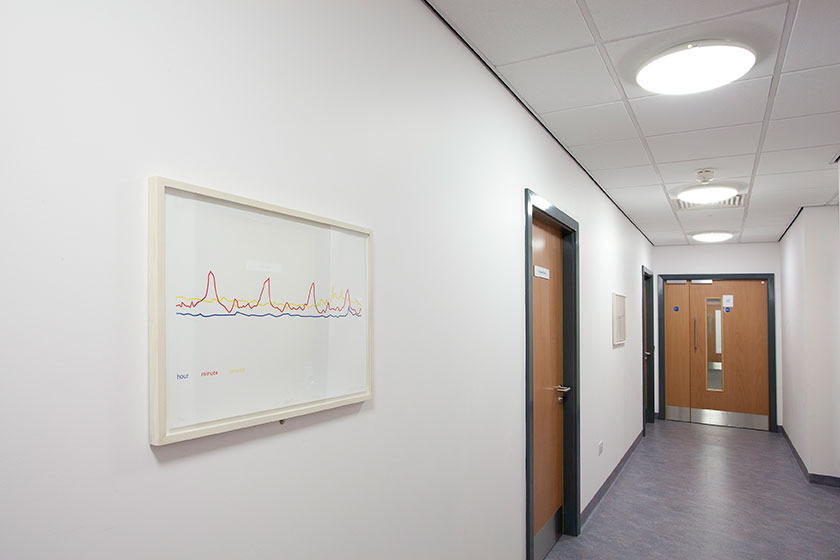 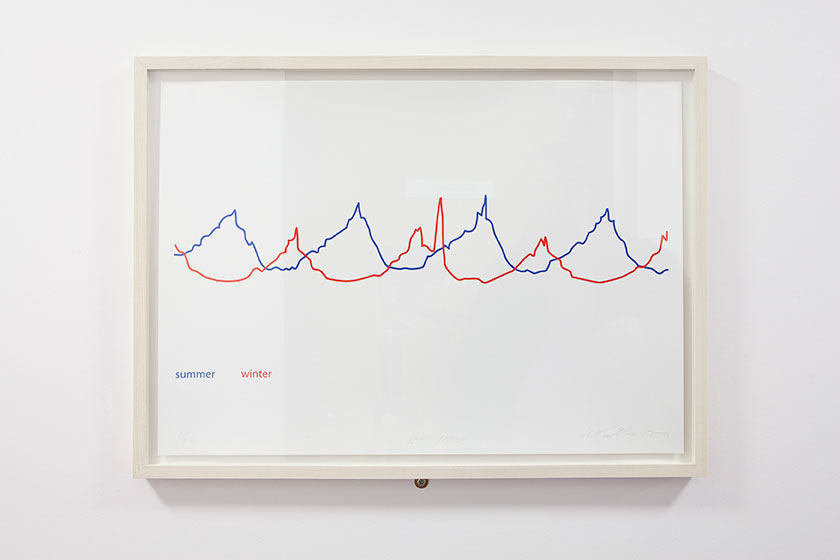 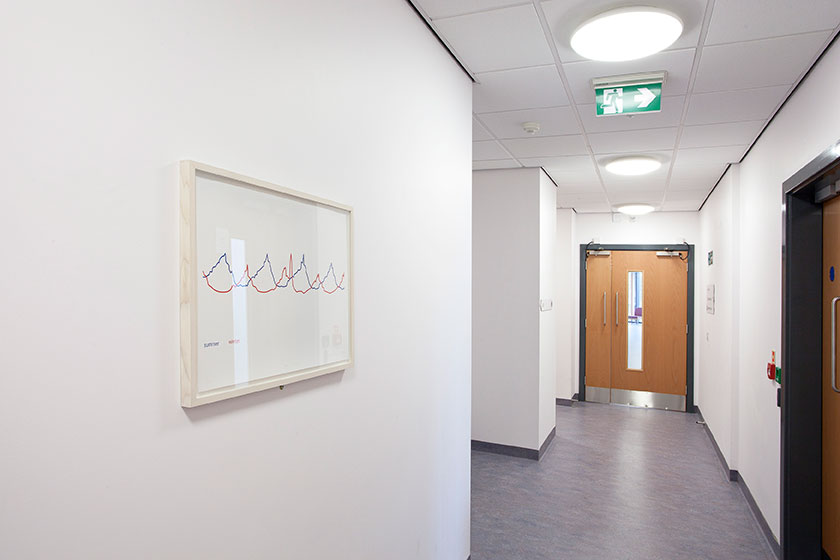 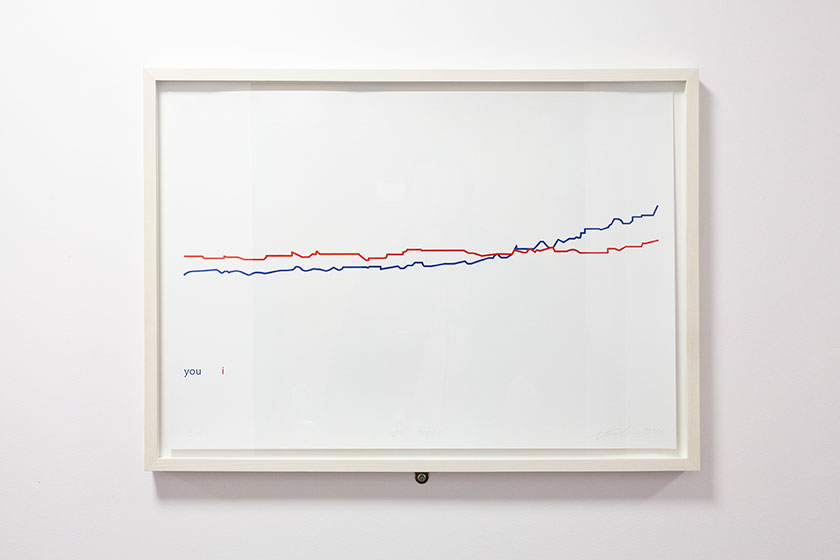 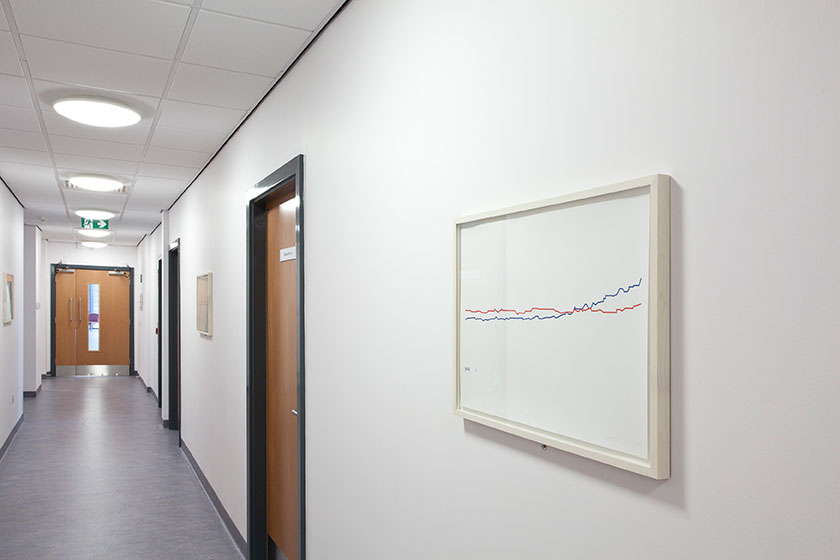 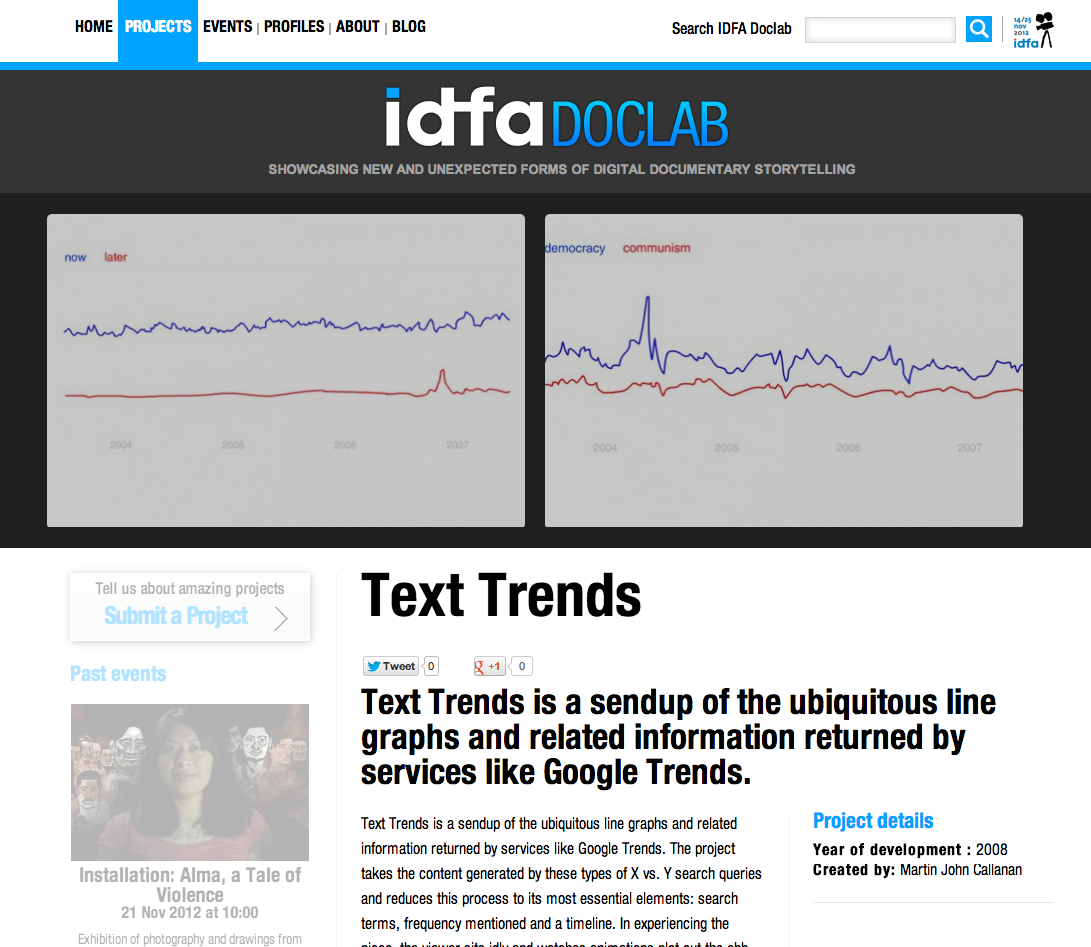 Text Trends has been stored into the Rhizome ArtBase

… In experiencing the piece, the viewer sits idly and watches animations plot out the ebb and flow (or lack thereof) of a series of search terms over the last four years. This all plays out matter-of-factly with all the passion of a market index or a readerboard… In viewing this piece, I found that it invoked a bit of anxiety and I felt a little helpless… It is not too often that you come across a data-based project that makes you step back and think about how you qualify and evaluate visualization. More importantly Text Trends abstracts the casual manner in which we receive, scan and process information and language on a daily basis.